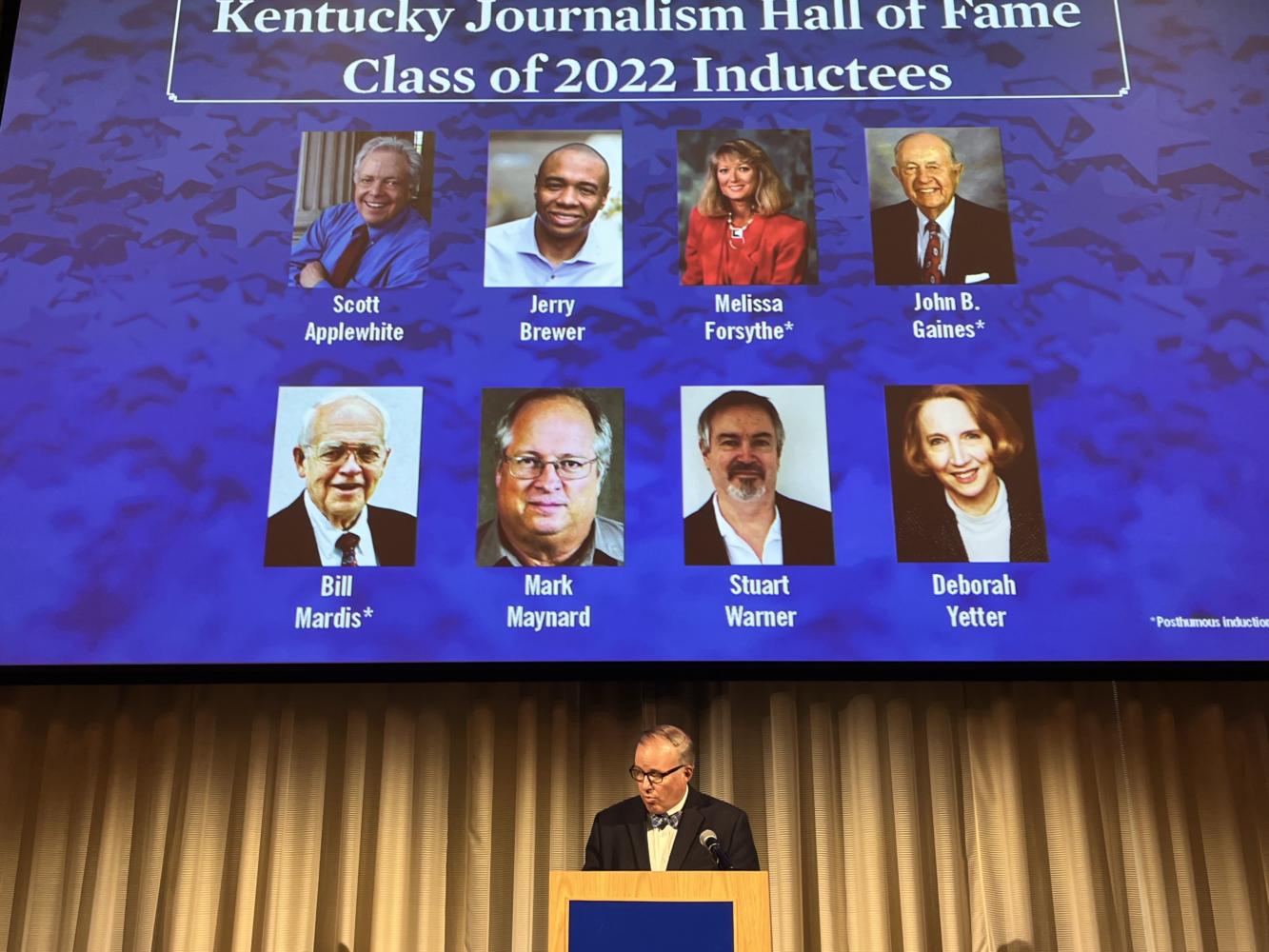 Applewhite, senior Washington photojournalist for The Associated Press, and Brewer, national sports columnist for The Washington Post, were among eight inductees into the Journalism Hall of Fame’s 42nd class.

Both praised their time at WKU and on the College Heights Herald as being pivotal in their launching their careers, especially lauding their adviser Bob “Mr. A” Adams for his influence on helping them reach for excellence in their careers.

Applewhite, whose photo from inside the U.S. House chamber during the Jan. 6 insurrection became an iconic image of that event, has worked to The AP since 1981. He has traveled the world covering wars and major news events, and twice was on teams honored with the Pulitzer Prize for photojournalism. “Scotty,” as he is known, also has won the Lifetime Achievement Award from the White House News Photographers Association. His insurrection photo won Picture of the Year for spot news.

A native of Elizabethtown, Applewhite also worked for The Gleaner in Henderson, The Courier-Journal and The Palm Beach Post before joining AP.

Brewer, whose work reaches far beyond the playing field to important moments in life and society, joined The Washington Post in 2015 and is the national sports columnist. He was named one of the nation’s Top 10 sports columnists by The Associated Press in 2016 and 2017. Brewer became a sports columnist at the age of 25 at the Orlando Sentinel and then went to The Seattle Times and The Philadelphia Inquirer. His approach to sports journalism: “The game is not the story. The game is a platform to tell a story.”

A native of Paducah, Brewer was co-editor-in-chief of the College Heights Herald and also reported for The Courier-Journal.

Joining Applewhite and Brewer in the 2022 class of the Journalism Hall of Fame: