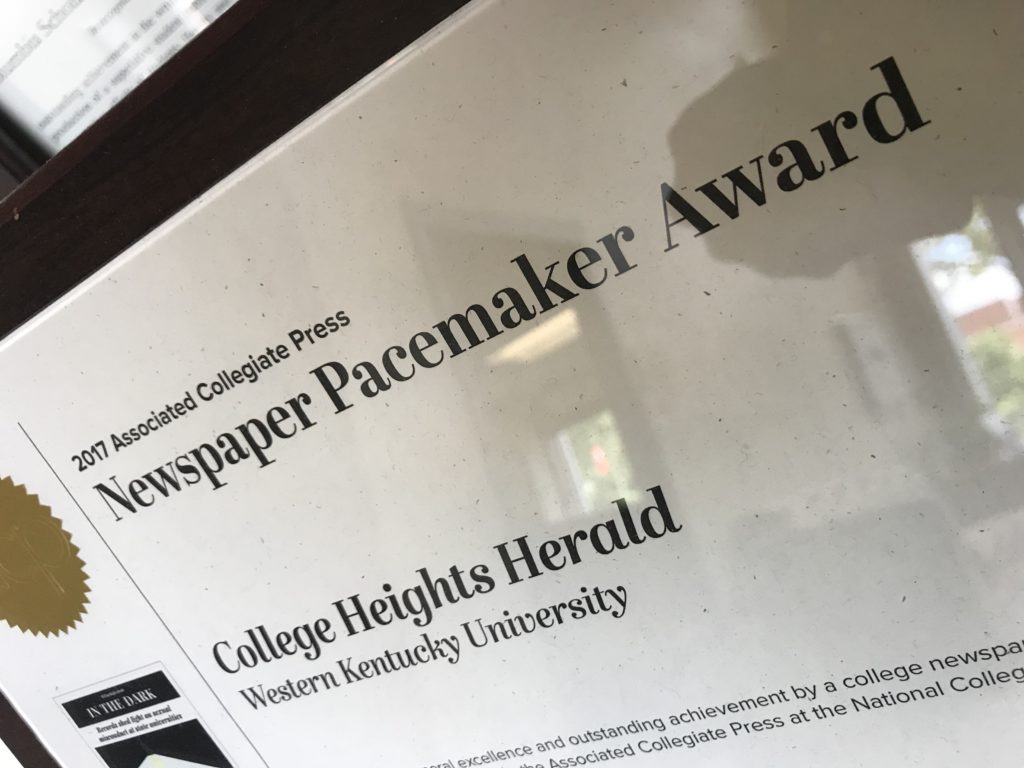 The College Heights Herald was named a 2018 Pacemaker Finalist on Thursday by the Associated Collegiate Press.

The Herald currently has 16 Pacemakers, the nation’s top honor for a student-run college publication. Its most recent Pacemaker was awarded in 2017.

Along with 20 Pacemakers in the Talisman’s name, Student Publications is home to 36 of the top honors — a real bragging point and something to be proud of. Can’t help but editorialize there.

Here is the ACP’s press release on the 2018 newspaper finalists. The Herald is in fine company. Magazine and Digital finalists have not yet been announced.