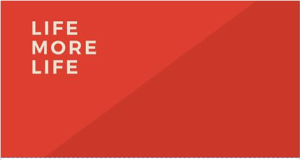 The 2016 edition of the Talisman will be its last as a yearbook.

But the Talisman name will continue — both in digital and printed format. Building on the popularity and success of the Talisman’s new pop-culture website at WKUTalisman.com, the Talisman is being reimagined as a high-end printed magazine that will be published each semester. It will include the very best from an expanded website along with unique content in the form of long-form storytelling, exquisite photography and elegant design showcasing our students’ talents — the kind of work that made the Talisman a trendsetter among yearbooks.

This was a student-led initiative driven by the Talisman’s current co-editors and a team of three other students who crafted this vision for the Talisman’s next life.

While we grieve the closing of one chapter for the Talisman, we are excited and eager to launch its new life. We believe the magazine-digital combination will preserve the exceptional experience that the Talisman has provided to its staffers — and, in fact, we think it will be more relevant to the kinds of jobs so many of our students want to land once they leave us.

Below is the press release about the change, and here is a link to the story in the College Heights Herald: Herald story

2016 Talisman to be final edition as yearbook

Website to be expanded; Talisman magazine to publish twice yearly beginning in 2016-17

The 2016 edition of the Talisman, Western Kentucky University’s national award-winning yearbook, will be the last edition published in the yearbook format.

Beginning in 2016-17, the Talisman will build on its popular-culture website, WKUTalisman.com, and relaunch as a high-end, student-run magazine published each semester. The Talisman magazine will incorporate pop-culture elements featured on the website along with long-form storytelling, exceptional photojournalism and other material from throughout the WKU community.

“The Talisman has always been a place where students hone strong skills, gain exceptional experience and build the foundation for successful careers once they leave WKU,” said Chuck Clark, director of WKU Student Publications, where students produce the Talisman and the College Heights Herald. “We believe relaunching the Talisman as a digital and printed magazine will provide our students with just as rich an experience, and one that will be more in tune with the jobs they’ll land after they graduate. I am particularly proud that these changes are a student-led initiative.”

The model for the Talisman transition was designed by 2016 co-editors Tanner Cole, a senior from Gallatin, Tennessee, and Naomi Driessnack, a senior from Huntsville, Alabama; with Helen Gibson, a Cadiz junior; Sally Wegert, a Louisville senior; and Kylee Kaetzel, a senior from Santa Claus, Indiana. The team worked with Talisman adviser Charlotte Turtle on the professional staff of WKU Student Publications.

“Being in the front-row seat for this conversation has been such an honor. I have seen resilience exemplified in the Talisman staff,” Turtle said. “I know they will handle the new product with the same talent they brought to the yearbook all these years. I look forward to seeing this idea grow into an amazing tradition.”

WKUTalisman.com built a healthy following in the WKU community since it debuted in September 2015 with essays, quizzes, videos and features designed for a mobile audience in a digital world. The printed Talisman magazine, which will be distributed free of charge and supported by the university and advertisers, will feature some of the best elements of the digital site along with unique content created specifically for the magazine.

While the Talisman magazine will not attempt to be a historical account of the year on the Hill, it will feature the type of student work that has made the Talisman a trendsetter among student publications since the 1970s.

“As a magazine, the Talisman will aim for great storytelling and photography, along with simple but elegant design – the elements that made the Talisman as a yearbook special, and made it the kind of publication that its peers used as a model,” Clark said. “We think those elements will make the Talisman magazine just as special, and just as notable on a national stage.”

The Talisman magazine will be WKU’s first multiplatform magazine produced entirely by students and will provide an important new outlet for student work as well as a laboratory for students who want to grow their skills for in-depth reporting, fine storytelling, exceptional visuals, magazine journalism and marketing, and planning and executing complex strategies across print and digital platforms.

As a yearbook, the Talisman published annually from 1924 through 1997, when it ceased publication. It was revived in 2003 through the efforts of WKU President Gary Ransdell; Margo Grace, an alumna from Louisville who was co-editor of the 1983 Talisman; Bob Adams, then the director of Student Publications; and then-Provost Barbara Burch.

The revival launched an unprecedented string of successes. The Talisman has won the nation’s top honor for a student-run publication, the Pacemaker Award from Associated Collegiate Press, 17 times – 10 of those since 2003. The 2015 Talisman is a finalist for the yearbook’s 18th Pacemaker, and winners will be announced at the ACP fall convention in October.

For much of its life as a yearbook, the Talisman was a paid publication, with a cover price as high as $85. However, from 2006-14, WKU provided the Talisman at no cost to students, with as many as 5,000 copies distributed each year. In 2013-14, the Talisman’s recurring budget was cut by roughly half amid university budget reductions. Beginning with the 2015 edition, students who wanted a copy of the Talisman had to buy it; however, demand did not generate revenues that could sustain the yearbook.

The 2016 edition of the Talisman, the final volume as a yearbook, is currently in production and scheduled for delivery in August 2016. It can be ordered until April 1 at wku.edu/talisman or through WKU Student Publications at 270-745-2653. The cost is $35 per copy, with shipping an additional $10 per copy.