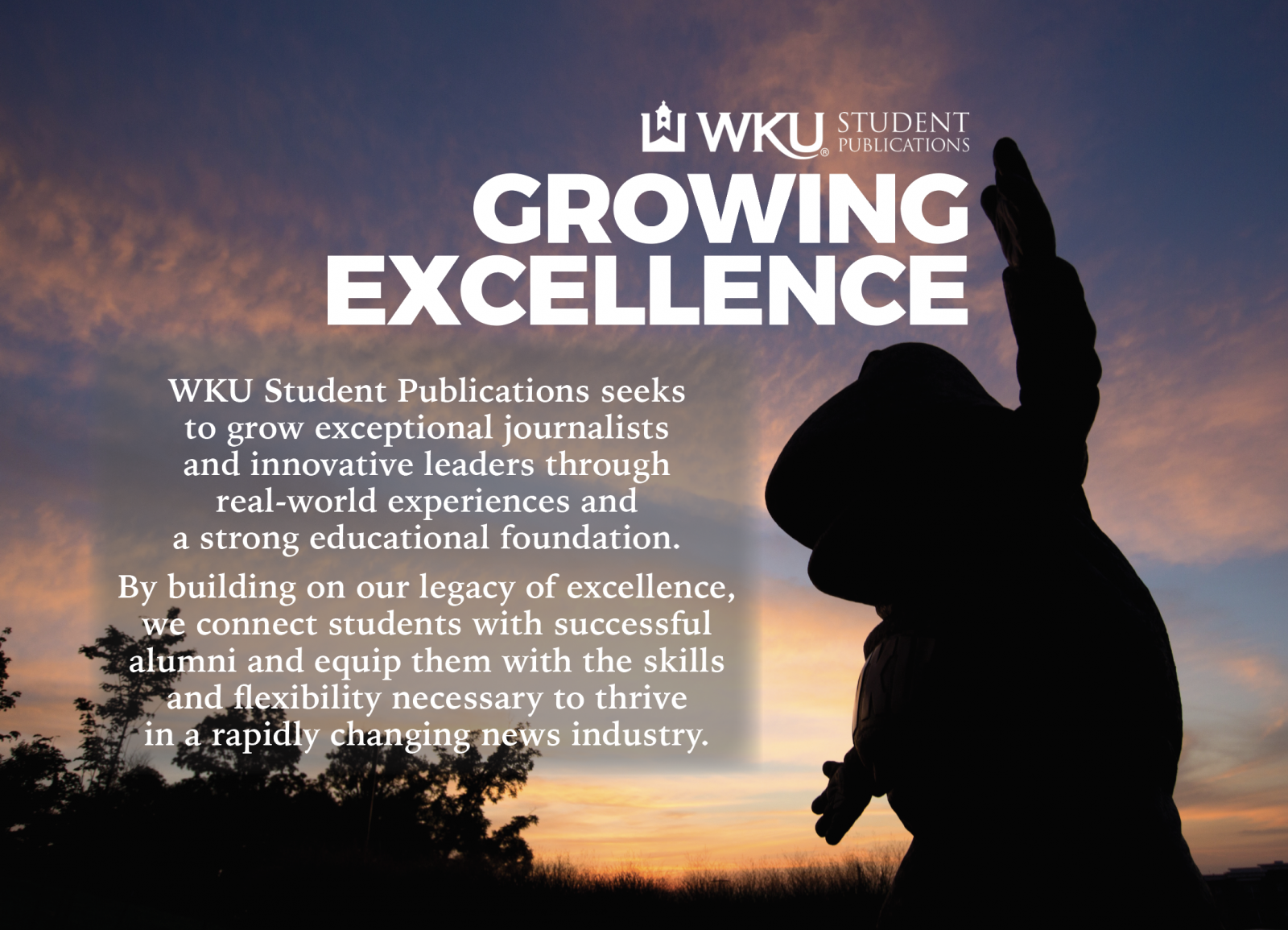 Back in the summer of 2012, when I first took the handoff from Bob Adams as director of WKU Student Publications, I put together a small group of people in the industry to help us chart our path ahead under new leadership.

I called it the Way Forward Committee – because I was hoping they would help us define our way forward.

The group included working journalists from throughout the region, both alumni and those who were just friends of the program.

The group did terrific work helping focus our professional staff, and especially me, on how to move our operation forward as a 21st century college media organization. At the time, we were the College Heights Herald newspaper, WKUHerald.com and the Talisman yearbook.

From the outset, the group pushed us to make sure we were getting students ready for what the world was really like – and how rapidly it was changing. Not only did we need to ensure our students had an excellent solid foundation in the fundamentals of journalism – accuracy, fairness, independence – and that their technical skills were strong, but the group also wanted to make sure we were growing young professionals who could readily adapt to a world that was changing rapidly – and would continue to change faster than any of us anticipated.

To that end, one of the early things the Way Forward group did was help craft a mission statement for Student Publications that still holds up well today:

“WKU Student Publications seeks to grow exceptional journalist and innovative leaders through real-world experiences and a strong educational foundation. By building on our legacy of excellence, we connect students with successful alumni and equip them with the skills and flexibility needed to thrive in a rapidly changing news industry.”

From the very first, sustainability was something that this group focused on: Were we moving rapidly enough into the digital space with news? How solid was our financial foundation? How realistic was it to continue producing a yearbook?

After its first year, when the committee completed what it had agreed to and helped us focus on the way forward, I gave the group the opportunity to disband or to continue on as an advisory board that would take an ongoing interest in how Student Publications operated. Just about every person in this very busy group agreed to stay on board.

Since that time, the advisory board has had a hand in just about every major development at Student Publications:

At its most recent meeting, earlier this month, the advisory board launched into two important efforts – helping Student Pubs figure out how to grow diversity, inclusion and equity in our staffs and our coverage, and how to adapt our revenue model to fit the rapidly changing economics of college media.

So who is this group? They’re alumni and non-alums. They’re working professionals, some of them recent graduates. They’re those who have retired from exceptional careers and want to continue giving and helping our program as it evolves. To a person, they are people who care deeply about our students, what we do and want the excellence that is our heritage to continue. And they’ve become an indispensable group to ensuring we move ahead successfully.

Here’s a list of current members (an asterisk denotes an original member):

We meet twice a year, once on Zoom and the other around Homecoming and the Student Publications Breakfast. From time to time, we’ll have a virtual meeting on shorter notice. It’s rare that the entire group can get together, but we always have a great collection of voices, viewpoints and advice any time we meet.

If you’d like to know more about this group, send me an email. I’d love to talk to you about it.