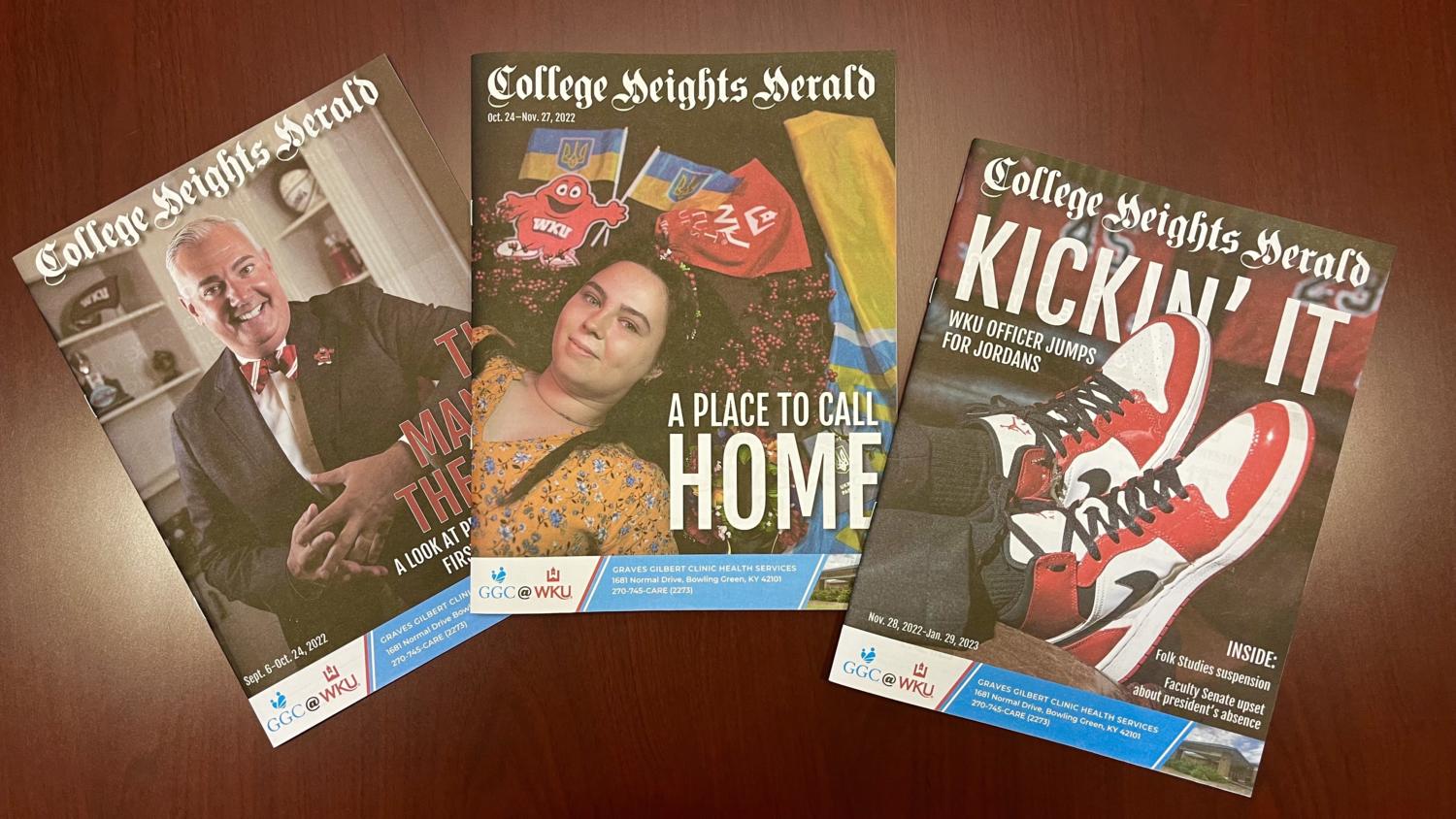 Judging by the first two issues of the College Heights Herald as a news magazine, the WKU community likes the change.

The September issue, which had a press run of 3,000, resulted in 96 copies being retrieved when the October issue was distributed. That’s a return rate of 3.2%.

The October issue, themed for Homecoming around the unexpected ways WKU becomes home to so many, had a press run of 3,500. When the November issue was distributed this week, just 91 October copies were returned, for a rate of 2.6%.

In both cases, the majority of returns — 84 for September and 70 for October — came from off-campus locations, such as grocery stores, restaurants, doctor offices and other places where we place handsful of copies for people to take or read while waiting. Several of the copies we picked up both months had clearly been read but not taken.

Throughout the year, we will be experimenting with the numbers of copies we distribute on campus and off, and shifting around the distribution as we seek the most effective way to reach the target audience for the print edition.

On campus, the hand-out distribution has told us a lot about what draws interest from the WKU community, especially students.

While both of the distributed issues this fall were basically sold out, the September issue, with a cover featuring a portrait of the president to accompany a story about changes to WKU during five years of Timothy Caboni’s leadership, took much more effort to get into the hands of students and faculty and staff.

The October issue, with a cover featuring a Ukrainian student who cannot go home because of the war, had people readily grabbing copies from those who were handing them out.

The lesson: What’s on the cover matters.

The November issue, which hit campus and the community Monday with a press run of 3,000, faces some other hurdles — weather and a very short window before classes end on Friday and graduation next week.

To compare, pick-up rates for the monthly newsprint issue of the Herald in 2021-22 was consistently in the 55-60% range, where it had hovered since the pandemic interrupted normal campus life in March 2020. Before the pandemic hit, the pick-up rate for the weekly print edition, as a traditional newspaper, was typically in the 80-85% range.

The stark decline in the pick-up rate when in-person classes resumed in Fall 2020 told students that significant change was necessary. First came a format change, from broadsheet to tabloid, followed by a frequency change for print from weekly to monthly while dramatically growing the daily email newsletter and website content.

The latest move in this evolution was converting the tabloid to a news magazine format and rethinking the kind of content that would work best in print.

To survive, college media must be willing to experiment and take risks. At the moment, the Herald’s approach seems to be not only working, but allowing it to once again thrive.