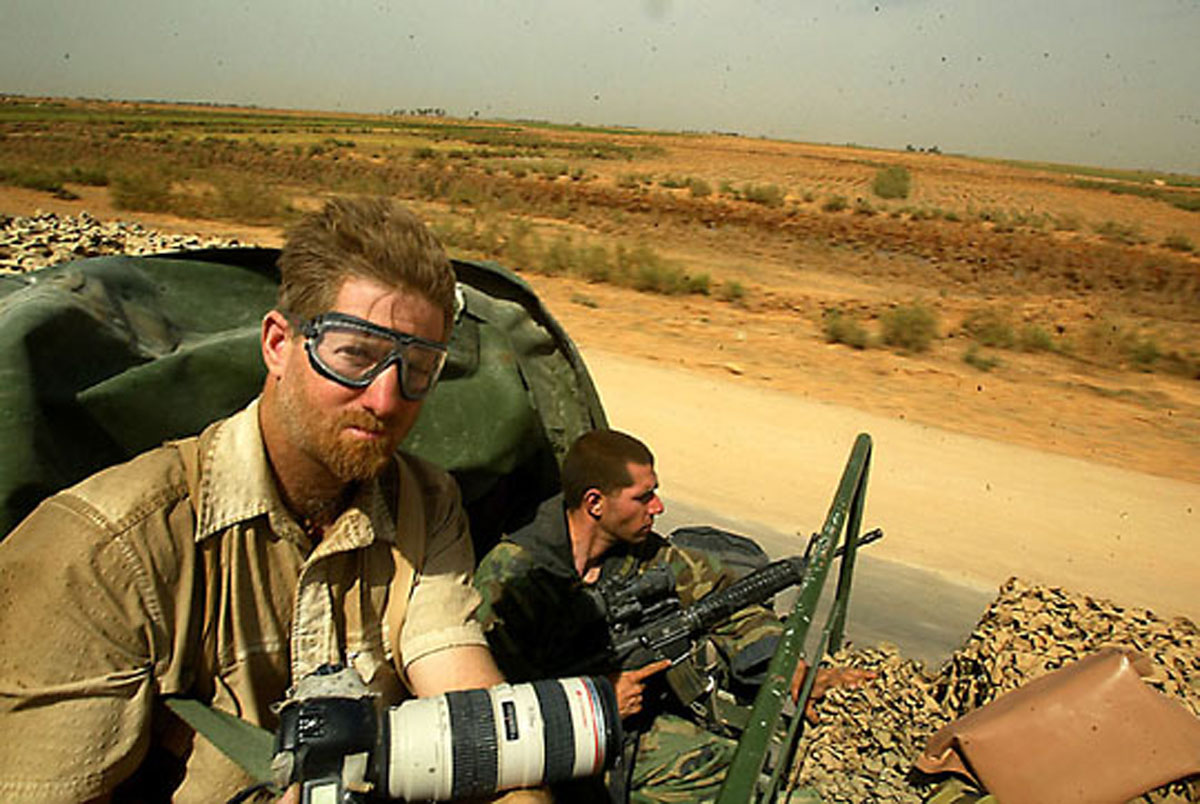 Student Publications alum Rick Loomis won double honors at WKU’s 2014 homecoming — he was inducted into the university’s Hall of Distinguished Alumni and was given the 2014 College Heights Herald Award for Outstanding Contributions in Journalism.

Loomis, a photographer for the Los Angeles Times for more than 20 years, is a Pulitzer Prize winner and a former National Press Photographers Association Photographer of the Year. He has reported throughout the world on topics ranging from the environment to war.

Loomis’ 2007 Pulitzer was for a year-long project documenting the ills of the planet’s oceans. In 2011, he covered revolutionary movements that swept the Middle East in Egypt, Bahrain, Tunisia and Libya, all in straight succession. And in 2001, he was among the first journalists on the ground when the U.S. launched war against Afghanistan in the wake of the terrorist attackes of Sept. 11.

He lives in Long Beach, Calif., with his life, Liz O. Baylen, also an L.A. Times photojournalist, and their “wondermutt” Cinnamon.