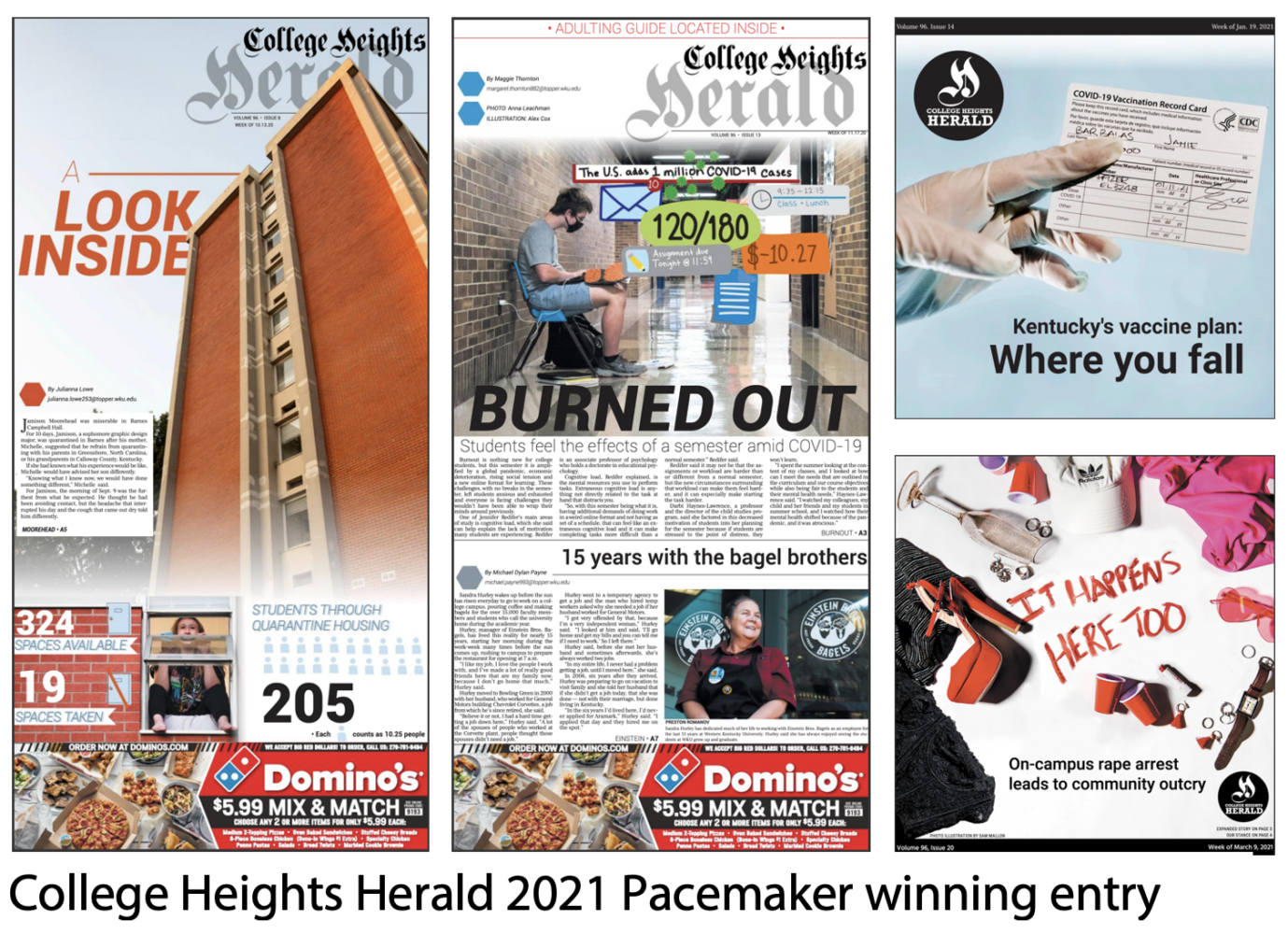 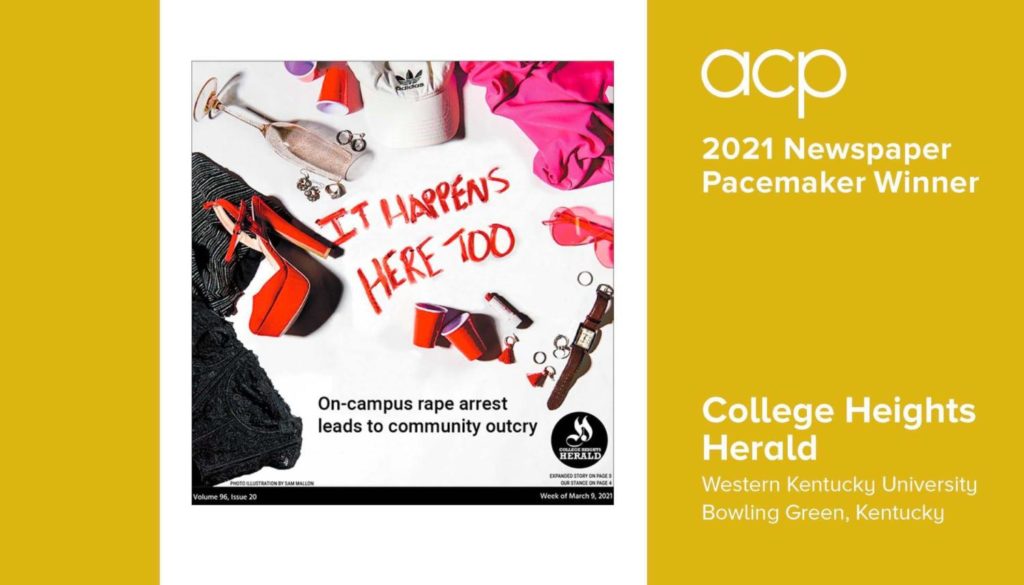 The Herald was honored for overall excellence of its print edition for 2020-21. The Herald’s editor-in-chief during that year was Laurel Deppen, a May 2021 graduate who now is a reporter for Business First in Louisville.

Talisman, WKU’s student-run life and culture magazine, was a finalist for ACP’s Online Pacemaker Award. Talisman was edited by Max Zambrano, a May 2021 graduate who now works for WKU as an academic adviser.

ACP is the nation’s oldest organization supporting student journalism at the collegiate level and its Pacemaker awards are considered the most prestigious that student-run publications can win.

The 2021 Pacemaker was the fourth that the Herald has won in the past five years, and its 19th since winning its first Pacemaker in 1981.

All together, three student-led divisions within WKU Student Publications have accumulated 41 Pacemakers since Talisman won the publications’ first Pacemaker in 1978 – 21 for Talisman, 19 for the Herald and 1 for Cherry Creative, a branded-content studio which won ACP’s first Innovation Pacemaker in 2020.

In addition to the Herald’s Pacemaker, several WKU students were honored with individual awards from ACP: