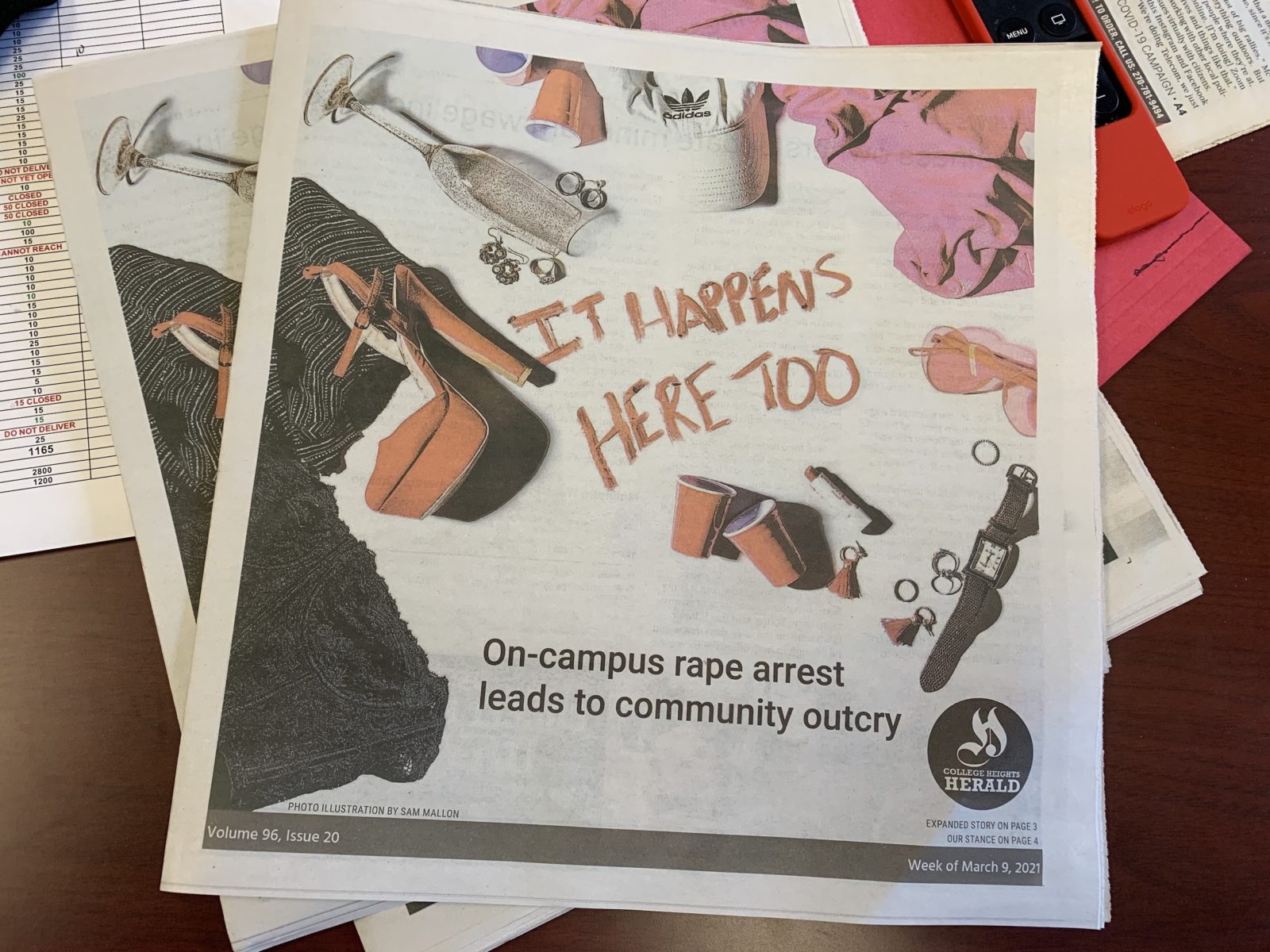 Today’s issue of the College Heights Herald is the first printed in Indianapolis, after Gannett shut down The Courier-Journal printing plant in Louisville as of Sunday night.

The Herald arrived on the Hill on time — early, actually — and the print quality looked good. And, most important, it carries some solid news from our student journalists.

The shift to Indianapolis comes as Gannett consolidates printing across the country as hard-copy circulation continues to slide. In our region, in addition to the Herald, The Courier-Journal, The Gleaner, the Evansville Courier & Press and other print editions now run alongside The Indianapolis Star and other Indiana newspapers at The Star’s printing plant in northwest Indianapolis.

Other area newspapers affected by Gannett’s closure of the $80 million Louisville printing facility, which opened about 15 years ago, include the Lexington Herald-Leader and the Bowling Green Daily News, both of which are now being printed in Knoxville, Tennessee.

For the College Heights Herald, the move means earlier deadlines for the print edition, which is published each Tuesday during the academic year with 4,000 copies distributed on campus and in Bowling Green. The last page now must be sent by 4:45 p.m. Central on Monday for a press start just 15 minutes later, at 6 p.m. Eastern in Indianapolis.

The Herald had been printing in Louisville since August 2020. It had previously printed at The Gleaner in Henderson for more than a decade, until Gannett closed that aging plant (which, at the time, no longer was printing even The Gleaner) and moved the Herald to the Louisville presses.

With the move to Indianapolis, the Herald rides to Bowling Green on the same truck that brings the CJ to this part of the state. Once the driver drops off the CJ at the distribution center off Morgantown Road, he brings the Herald to the Adams-Whitaker Student Publications Center and drops it on our back porch/loading dock.

While the student staff had to make some adjustments, the change in deadlines and printing will have little effect. The Herald print edition has been more focused on enterprise for the past year, with breaking and immediate news handled on WKUHerald.com and in the Herald’s daily email newsletter, which goes to about 24,000 subscribers each weekday afternoon.

You can subscribe to the email newsletter here. You can read the PDF version of the print edition here.