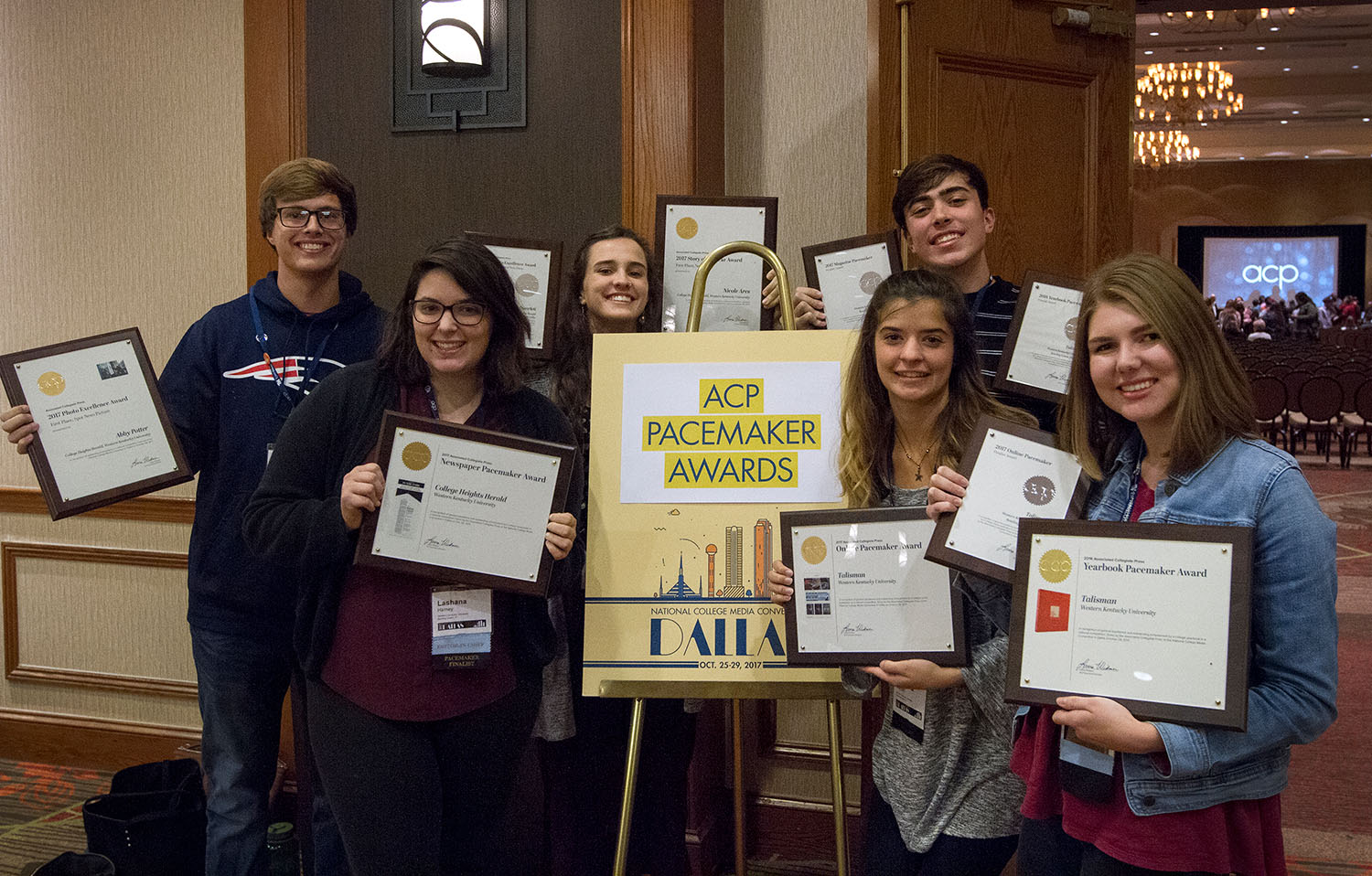 The College Heights Herald and the Talisman both received Associated Collegiate Press Pacemaker awards, the country’s most prestigious recognition for college publications, during a ceremony on Saturday. Six students and two alumni were also recognized with individual awards.

The Talisman received a 2016 Yearbook Pacemaker award for its final edition as a yearbook. The book was edited by May 2016 graduates Tanner Cole and Naomi Driessnack. Cole currently works as city and county government reporter at The Hawk Eye in Burlington, Iowa, and Driessnack works as assistant visuals editor at GQ and GQ Style in New York City.

The Talisman also received a 2017 Online Pacemaker Award for its website, WKUTalisman.com, and was recognized as a finalist for the 2017 Magazine Pacemaker Award. The editor was May 2017 graduate Kylee Kaetzel, who now works as a public relations assistant at Paul and Williams in New York City.

The Herald received a 2017 Newspaper Pacemaker Award. The Fall 2016 editor was Brandon Carter, a December 2016 graduate who currently works as social media curator at The Hill in Washington, D.C. The Spring 2017 editor was Lashana Harney, a senior from Paris, Kentucky.

The recognition brings the total number of Pacemaker awards received by WKU’s student publications to 36. The Talisman has received 20 Pacemakers, and the Herald has received 16. Both publications are members of the Associated Collegiate Press Hall of Fame.

Four Herald students were recognized with individual awards from the Associated Collegiate Press.

Herald students were also recognized in the College Media Association Pinnacle Awards, which were announced Friday at the convention.